Today we moved camp from West Cove, Erith Is to Winter Cove, Deal Island.
As we packed our kayaks this morning a pod of 10 dolphin playedin the bay. Once launched, we paddled over to them and they came across to check us out then swam alongside and under the kayaks for a distance. It was a blustery morning with a few nice gusts but we were fairly sheltered by the island as we paddled. I am now sitting on the side of a hill about 200 metres above Winter Cove, a magnificent deep inlet with a broad white sand beach and turquoise water. It doesn't get much better. Past the headland I can see Wright Rock 20 kilometres away and Craggy Island 37 kilometres away with Flinders Is faintly visible behind. That's where we hope to be tomorrow evening, 65 kilometres away. The forecast isn't fantastic but at least the winds are expected to ease. We plan on leaving around 8 am to miss the chance of large breaking waves caused by a 2 knot current setting to the SW against a 20 knot SW wind. By 8 am the current will be close to slack and we should have an easier time. 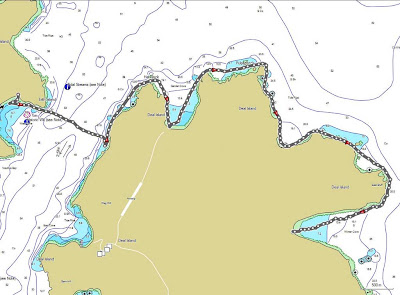 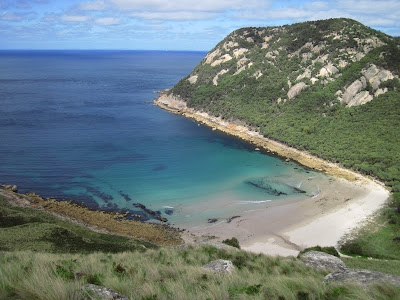 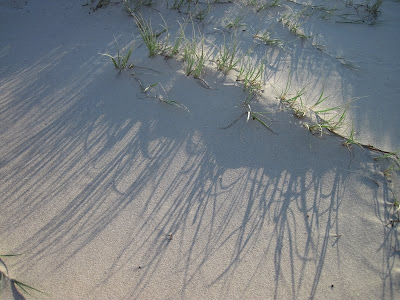